Please do not reproduce without permission. 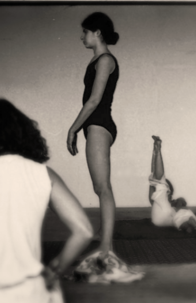 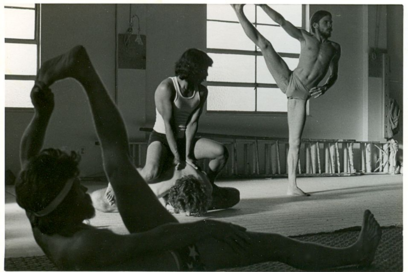 Today’s popular system of Ashtanga traces its U.S. history back to Sri K. Pattabhi Jois (1915-2009).  Sri K. Pattabhi Jois, also known as Guruji, became a student of Sri T. Krishnamacharya in 1927 at the age of 12. Over the next twenty-five years, he studied and mastered the practices passed on to him by his Guru. Guruji would occasionally assist Krishnamacharya in class and teach if he was late. One day the maharaja, who would sometimes attend class noticed and eventually asked Guruji to teach yoga at the Sanskrit College. He told the maharaja he must first ask Krishnamacharya for his blessing. In 1937, Guruji began teaching. He was once asked if he ever received a teaching certificate and he replied yes, and his test was very difficult. Krishnamacharya gave him one sick man and said, “Fix him!”  In 1973, he retired from teaching at the Sanskrit College to devote himself fully to teaching yoga at his shala, the Ashtanga Yoga Research Institute.

In 1972, David Williams met Manju Jois, the son of Sri K. Pattabhi Jois, and saw him demonstrate the Ashtanga Yoga Primary Series.  In 1973, David began learning Ashtanga Yoga from Guruji at his home in Mysore, India, and became the first non-Indian to be taught the complete Ashtanga Yoga system of Asanas and Pranayama directly from Jois.  David introduced Guruji and Manju to the U.S. and the western world when he, along with Nancy Gilgoff, organized their first visit to Encinitas, California, in 1975.